In China, everything varies from region to region. Even language is different people living in different parts of the country can simply don't understand the speech of each other. This is one of the oldest countries in the world, with reach and diverse cultural and historic heritage.

Where to go in China

If you're going to China, you're most likely to land in Beijing the capital and a city with one of the world's busiest airports. The variety of sights you can enjoy is so big hat it's even hard to number. Here are only several of popular touristic attractions:

In last time shopping tours are becoming very popular, and that's not surprising here you can buy everything, from spoon to furniture, much cheaper than anywhere else. Some agencies even offer special guided tours through local markets and shopping malls.

Like anything else, the cuisine is also very different in each region of the country. But several meals are the same all over the country. For example, traditional Chinese tea of all sorts is served everywhere. Just like in all other countries of Asia, rice is very popular in China. It can be simply boiled or fried with various vegetables, seafood or meat. Also don't miss the famous roasted Peking duck and big Chinese dumplings.

In many regions people don't speak English. In most of the small restaurants where locals go it's really unlikely to find English menu. But it would be OK to point on someone's plate and ask to cook the same meal for you in China there aren't strict rules about privacy as there are in European tradition.

In local restaurants you don't need to tip, no one won't understand it. Call the manager and tell in front of all staff how satisfied you are with a food and a service. If you can't find a manager, just show thumbs up to your waiter her or she will definitely appreciate it.

China has a lot of sites and places to impress the tourist so just come and see it by your own eyes.

Original prices suggested by the hotels and airlines China 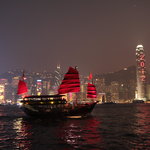 We waited 1 and 1/2 hours. When the light show was over we felt that it was not that great! I said to my husband "thats it" Maybe it was where we were sitting because we only saw o next... ne side of the skyline. We have seen better Christmas lights on houses More on TripAdvisor 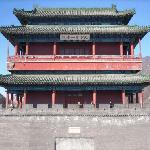 You can see and walk a restored part of the wall here. Pictures cannot do justice to the Wall and actually walking it makes you appreciate its physical dimensions. Chairman Mao mad next... e the accurate (but sexist) observation : "If you’ve never been to the More on TripAdvisor

We found ourselves in the Old French Concession several times during our ten day stay in Shanghai. Everything was fairly easy to reach from metro stations. We ate lunch and hung ou next... t at a bar on Yongkang Road. We visited the market and ate dinner at V More on TripAdvisor 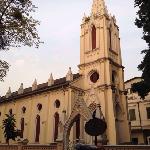 Shamian is a great night walking path a lot of locals come in the night with street performers you can contemplate the beautiful Gz tower and river restaurant boats with nice light next... s you can spend great time after dinner walking along the river More on TripAdvisor 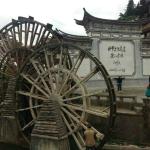 Almost every shop at Lijiang Old Town is being used for commercial purpose, but there are only few types of shops. You could see the same shop with the same decoration at about 10 next... shops interval when you walk along the street. More on TripAdvisor 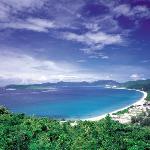 The area was totally under construction, the access to the beach is very difficult, theyre too many resort and hotel. Never again. next... More on TripAdvisor 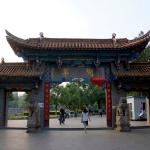 It is where you will learn how local people are. Its such a nice place to relax. You can easily find peach here. Beautiful scenery and very close to the city next... More on TripAdvisor